Baru Sahib through the eyes of a Novice! 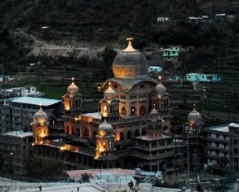 Spiritual force is greater than material force and this is what makes a person an extraordinary personality. Sant Attar Singh had a vision to impart each and every child a value-based education. He wanted to push the opportunities out to present time. He wanted a termination of social decay. He planted a seed, which grew as a strong Banyan tree, which is generally the central point of our village communities. And under its shadow, thousands of students savor the fruit of success irrespective of caste, creed and religion. He wanted to bring those in mainstream, who were disappearing in the luminosity of the world. He also faced lots of criticism, but he trekked on his path intrepidly. Sant Teja Singh Ji, followed his footsteps and took his mission on to heights. That is why the Baru Sahib Akal Academy, which was established in 1986 with just 5 students, today has strength of 60,000 students studying in its 129 CBSE affiliated rural schools. Baru Sahib has potential to heal the mind and soul and to transform young impressionable minds to God oriented youth. Baru Sahib is a tree and Akal Academies its branches. Now 129 Akal academies spread over India work for the welfare of humanity. This stream will flow to every nook and corner of the country in times to come, to fulfill the dreams of deprived families.

In this fast competitive world our education system inculcates pressure and fear in our children. If they do not get high scores in board examination then they will be left behind in this bandwagon. Akal Academy brings stability in them. To encourage the learners and to help them to engage their minds in Naamsimran (Meditation) by chiseling them to become valued citizens for tomorrow. In 129 Akal academies 60,000 students are being prepared on the lines of Gurmat (spirituality) for making this world a better place. If scientific education is needed to open up your eyes to the material world; at the same time, with spiritual education, we tread in the path of righteousness. Akal Academy rural schools are trying to make a complete man out of rural children, through developing scientific attitude and evolving them into the category of being Saint-like.

Mere pedantic education brings ego in a man. He starts thinking that whatever he gained is best for his material self, which would help him to earn a better means for livelihood. But by amalgamating spiritual values would help him to become a REAL HUMAN BEING. Every merit comes from him... He is behind everything. Nothing is beyond him. When we are able to build this bent of mind, we will be able to understand the needs of the futurist world, wherein we are losing our heritage and succumbing in degeneration of the values in this modern egoistic world. Then only we can incubate by trudging in the path of serving selflessly to the country and the community.

That is why a value based quality education is being provided in all Akal Academies. Baru Sahib emphasized the need of faith on the Divine and to lead a true and spiritual life while performing all the worldly duties. It is a land where nothing is become something. Baru Sahib precludes the subliminal thoughts and ignites the mind with education. Today alumni of Akal Academies are at the top of success and increasing the brightness of the world with their glitter.

Working for Women Empowerment: Discrimination against women in India is prevalent since long. It is considered that Men are the protectors and maintainers of women. They do not need Education, after all they are supposed to stay at home, to do household work and men are responsible for outside work and earnings. But it is just a witty conspiracy to keep the nose high of manhood. The number is not less, who represent chauvinistic mindset. Who thinks woman is just a pretty toy? Closing all the gender gaps and promoting gender equality, Baru Sahib strives to empower women and to allow them to overcome obstacles in life. At Akal Academies, underprivileged rural girls aged from 16 to 25 who were forced to stay at home and do household work, are being put to school/college and taught modern scientific education and spiritual training. After obtaining under-graduate and graduate degrees, they are enrolled in 3 years course at Akal Institute of Rural Women Empowerment (AIRWE). These girls are placed as teachers/assistants in any of the 129 rural schools as per their capability. Baru Sahib opens the doors for girls, which were closed by the societies and false cultural beliefs. Baru Sahib gives them wings to fly because the sky is for all.

Undertaking development of rural livelihoods: The major cause of poverty in rural areas is lack of access of education. Rural people often are exploited due to lack of awareness. In rural areas one has to face many problems in life including food, shelter and education of the children. In these circumstances, education of woman in rural areas seems rather redundant. Primary level education in rural areas is worse than in cities. Most government officials are not aware about the issues concerning local employment opportunities. Government policies and schemes are immersed in corruption and bad implmentation. Monitoring and special emphasis is needed for providing quality education in the rural areas and villages. For the last 25 years Baru Sahib has been working for poor, backward, and the upliftment of the locals, weaker sections and minorities. Baru Sahib invariably strives to impart quality education to the students of rural areas. The development of rural areas lies in providing Education.

While attempting the challenge! Akal Academy, Baru Sahib has established a chain of schools being run in rural Punjab, Uttar Pradesh, Haryana, Rajasthan, and backward hill areas of Himachal Pradesh, Crossing all hurdles and barriers Baru Sahib is educating rural youth more and more and stretched their hand and brought them to fore. Baru Sahib lights up their lives in the darkness. Even in the Akal Academies past history, every time it has been demonstrated that the best students have emerged from the poorest families.

Sports is a human activity that involves specific administration, organization and an historical background of rules which define the object and limit the pattern of human behaviour; it involves competition or challenge and a definite outcome primarily determined by physical skill. Theoretically, because of its insistence upon rules and equality (disregarding the prejudice that can exist within the framework of sport), sports provides an egalitarian utopia in which rich and poor, black and white, can subject themselves to a symbolic test unhampered by the accumulation of wealth or poverty, looks or skin colour (Ashworth, Readings in Sports Psychology, p. 278). It involves: set rules, area and time; set positions for team players; complex physical activity which are applied throughout the set time; serious training and preparation; and competition between individuals or teams.

In the same way Baru Sahib nurtures its students talent, and tries to bring it out and funnel skills and attitudes, needed for healthy bodies. Mere education will not suffice. We all were made with intellect and health. Extra- curriculur activities give agility and sprightliness and enables them to tolerate any difficult task. Baru Sahib believes Sports and game programs will help to reduce their stress and expand their capability. Baru Sahib strives to promote physical education in rural schools. Concentration on the sports with rigorous practice and dedication will help to win laurels to the institution. Students learn discipline and hard work. In Akal Academies there are indoor and outdoor games such like athletics, and track events, races, jumps and in field games Hockey, Football, Lawn Tennis, Cricket, Volleyball, Basketball, Handball, etc. and indoor-games such as Badminton, Table Tennis, Weight-lifting, Tennis, Chess, Carom, Squash.

Music Matters: Our life is incomplete without music. The way of music has changed with time but has never mattered. Music is an integral part of life. If we listen carefully, river, air, animals, birds all are blessed by God to separate voices. We can feel music in every pore of nature. Music is not just a method to express our feeling but we can also feel it. Indian music is internationally distinguished. Music teaches us self-discipline and time management skills that you cannot get anywhere else. In spirituality, music has its own place. If a devotee chants devotional songs the mind will be focused towards God. So, we can say that music works on spiritual progression. Music has always kept us close to our culture. Music is universal, in that there are no boundaries to understand music.

Sikh music tradition was Raag adharit and initiated and developed by the Sikh Gurus. The spiritual and devotional aspect of music was clearly recognized by Guru Nanak. All the Sikh Gurus have sung hymns in praise of the Almighty Lord. Various terms used to refer to this tradition include Shabad Keertan Parampara, Gurbani Sangeet Parampara and Gurmat Sangeet. Music education is a compulsory subject in the curriculum of Akal Academies. It is another step taken by Baru Sahib to empower women. Tabla and Gurmat Sangeet are compulsory for every girl. Students are given traditional music training by renowned teachers. In the end, if they complete training they will get "Sangeet Prabhakar Diploma" the equivalent of B.Ed and be able to get a job as a music teacher in schools.

Tenacious Environmentalist: Today, environmental destruction has become a worldwide problem. Deforestation, a glut of trades and industries, production of consumer goods, all these kind of things creating an environment, which have proved to be harmful for Nature, environment, and mankind. This problem is becoming so complex that the future appears to be doomed. In the name of development, human brought nature at the edge of destruction but man has only ability to retrieve back its condition. Today, environment education has become very important and necessary. Without environment education, environment protection cannot be imagined. The contribution of Baru Sahib in environment protection is vast. Students of Akal Academies assist the oppressed, marginalized and needy.

Baru Sahib has built their vision on the teaching by Guru Nanak. The founder of Sikhism who states, “Pavan Guru Pani Pita, Mata Dharat Mahat” (Air is the Guru, Water the Father, and the Earth is the Great Mother). Hundreds of Rallies on environment protection have been taken out by the Akal Academy students in recent past, in villages to make the villagers aware about the environment protection.

The Flowers bloom in the premises of Baru Sahib and its fragrance spreads to all corners of the world persistently. Baru Sahib that sprouted from a little seed now has grown as a big Tree. Complimenting its mission, a 280-bed Charitable Hospital at Baru Sahib in Himachal Pradesh, where free of cost healthcare facilities is provided to underprivileged rural and hilly people, virtually at their doorsteps. And The Kalgidhar Society runs an orphanage by the name "Akal Child Welfare Foundation" at Baru Sahib, which looks after the needs of unfortunate orphaned children. Understanding the importance of education as well, even Akal Academies stay two steps ahead in faculties compared to other institutions. The Academic results speak for themselves. For both boarding and day-boarding schools, residence is provided to teachers, who come from far-off places. As a foray into Higher Education, the Society has started Eternal University, which today runs 24 programs. Such like, Akal College of Arts & Science, Akal College of Engineering & Technology, Akal College of Nursing and a number of professional courses are run under Eternal University. Baru Sahib is flowing in the sacred shadow of love to spread the sweetness. 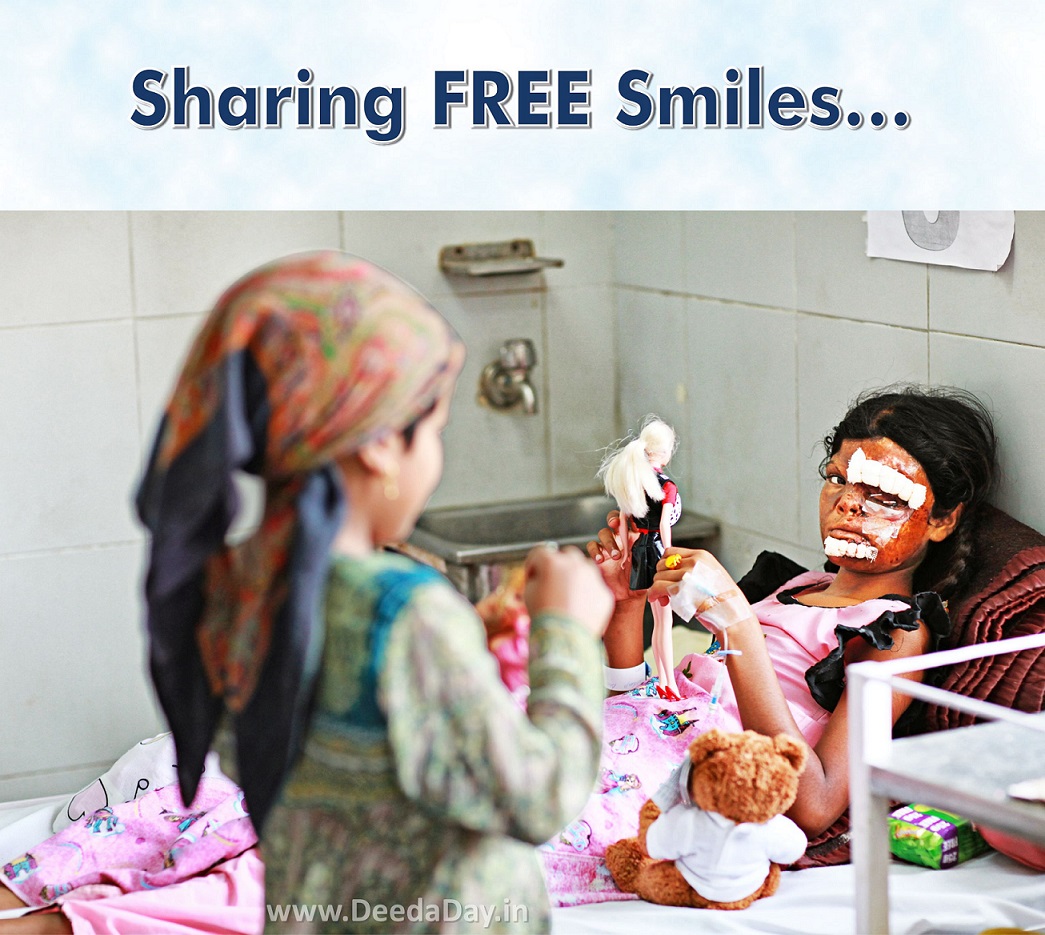 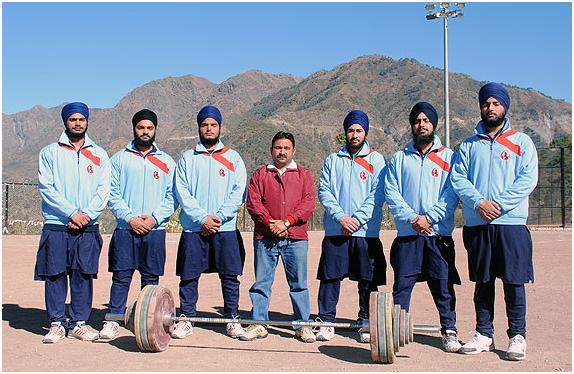 My 'Soft Skills' were programmed by Eternal University 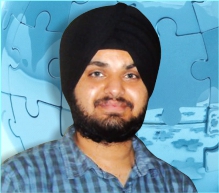