Passage to growth; a stride to change.... 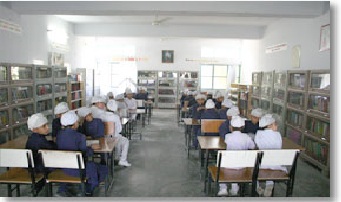 Look at the sea, and you will see so many creatures. Some tiny, some large, but all sharing the same space, helping each other for fulfilling their needs. Coming back to land; and you will see man, known as the most intelligent creature on this earth who unlike those aquatic beings, does not believe in sharing any more. With the passage of time, man has arrived to establish as the most selfish creature on this planet. He differentiates between itself as Hindu, Christian or Muslim, as Punjabi or Gujarati, as an upper or lower caste, as a city dweller or as a villager. These create barriers in the course of development and bring nepotism over the top. As a result, each one does not get equal resources, leading to increasing income disparity.

Today, we see ourselves in a race to score more marks, so that ‘I’ will be happy, not us. Those from metropolitan cities, shine brightly because of extra money being invested in various forms of external help, tuitions and high quality schools. And for the rural children, it’s all about hard work and not money. Akal Academies have not only been helping these rural lads to achieve their dreams by providing a quality education to them, but also shaping their characters.

Akal Academy, Bhadaur situated in the Barnala district of Punjab with a population of 16,000. It is a historic town that was home to the legendary ‘Phoolkian dynasty’. This rural school has elucidated that these rustic folks can also give neck to neck competition to the city scholars. Jaspreet Kaur scored 86%, Sandeep Kaur 85.4% and Arshdeep Kaur 84.6% in Science stream. These students who worked with aplomb, are great assets to the country.

The Akal Academy, Bhadaur run under the aegis of the Kalgidhar Trust, Baru Sahib has all the modern facilities to provide support to the young generation. It has well-equipped e-classrooms, Physics, Chemistry, Biology, Computer & EVS Labs, along with spacious Library (8930 books, 21 magazines and 10 daily newspapers), Audio-Video Room, Sports Room, Activity Room, Music Room having sophisticated equipments are available for students. The language labs are well-equipped with cassettes, CDs, TV, Computer and head-phones. The school provides free boarding & lodging facilities to staff.

It’s said that a drop of water joins hands with another to form an ocean. Similarly, visions to bring change to people, who want to change; have the ability to make a pool of game changers.

Akal Academies work on the same tracks, as they work as change agents. The results shown by these students are the steps to change ahead. And the resultant equality is the desired change.

Passage to growth; a stride to change.... 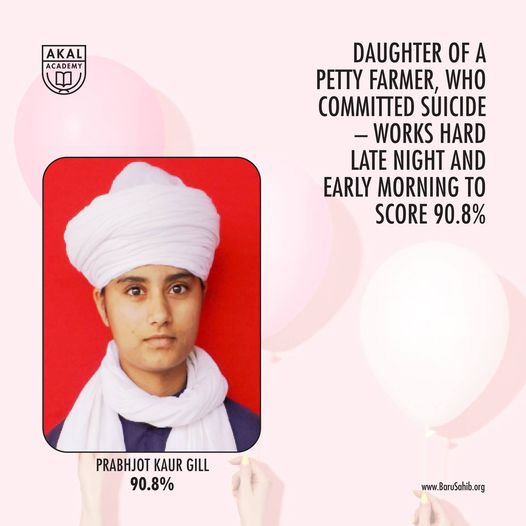 'The Zero External Tuition Culture', followed across all Akal Academies 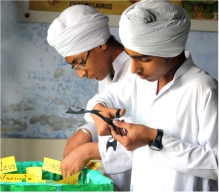