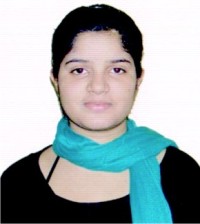 Water rises above to form clouds,

A girl is brought up to continue the generation clock,

A girl follows every ritual to spree,

Moving with elegance to conquer the top

A girl can show it to the world what all it costs,

Selflessly she works for her family to smile,

Some sorrow and joy she carries to fill the jug in a while.

Kriti Sharma comes from a middle class family, which resides in a small place called Ratia in Fatehabad, Haryana, which is a small town with picturesque beauty of farm fields and a bright blue sky. Here people have a small world of their own, a very different one from that of city residents. Here education has altogether a different definition. People did send their children to school but not with the idea of providing them a career but to overcome the difficulties that they face on their part because of lack of the opportunity to go to school.

In an environment like this Kriti is a twinkling star who aims to be a doctor, so that she can contribute to the mankind. Her father, a bank employee has always supported her and has faith in her dreams. He always kept his relationship with his daughter intact with love and affection. He is a supporter of pressure free environment and always cherished her. Her mother is a school principal who has not only been idol to her but for hundred other students. She has proved herself time and again in her both professional and personal lives. Kriti has seen a lady’s power in her mother’s image. Immensely inspired by her Kriti has kept her first footsteps on the ladder of life.

Kriti Sharma has always been an overwhelming joy for her parents. She is an ingenious kid who has well exemplified that the downpour of education to girls has the power to reach the apex. She is a student of Akal Academy, Ratia. She has scored 95.5% in her 12th and a 10 CGPA in 10TH board examinations. Further, she scored a 99.78 percentile in the NEET-UG examination conducted by Central Board of Secondary Education in 2013 .The National Eligibility Entrance Test in the first year of its implementation saw 6, 58,040 taking the exam for admissions to MBBS and BDS courses, coming from all over India. Out of these 3,66,317 students qualified the exam. Kriti scored a 938 All India Rank in general category. She also got a 78 and 121 rank in Punjab and Haryana respectively.

Kriti is not only a brilliant student, but also a National level table tennis player. Her interests also include reading novels and dancing. A fun loving girl, industrious and extrovert, Kriti has very high aspirations. She expects herself to perform bigger and better.

Modern day India talks about a double digit growth but still sees a highly abrupt sex ratio. The state of Haryana has 753 girls to 1000 boys as per data released by 2011 Census. In such a scenario girl like Kriti is a benign bliss of god. Her dexterous doings are adding dimensions to the world outside. 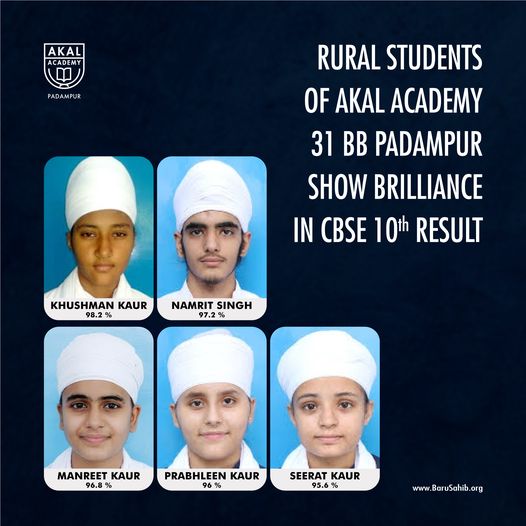