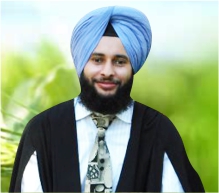 This week’s Super Story introduces Akal Academy Muktsar’s star alumnus Jaspreet Singh Sidhu of 2005-06 batch, whose enduring agrarian odyssey set him ashore at New Zealand, where he is exploring innovations in Agriculture as a Research Scientist, working with AgResearch located in Palmerston North of New Zealand.

Jaspreet Sidhu, completed his schooling from Akal Academy Muktsar, where he scored 83% & 82% during his 10th&12th examinations; after which, in an effort to pursue his interests in agriculture research he got admitted into Khalsa College(GNDU) for his bachelors, after which, having developed a strong focus  about his approach, he applied & got admitted to Massey University, New Zealand to pursue his higher Degree in the aforesaid field.

In a recent interview, where we got chance to speak to him, Jaspreet led us through his journey from fields of Muktsar to the research lab at his workplace at Palmerston. Recalling his days at the Akal Academy, he revealed that he feels that Akal Academy is supposedly the most disciplined school that exists on this planet; he then told us how the discipline, that was fostered into him at the Academy helped him manifolds in long-run as he went on quoting that “Akal Academies are actually capable of turning monkeys into fine men”, as he smiled cherishing the memories of his school days.

Having observed closely upon the contrasting environments, both at his school, life at his village and the society where he has made his place now, has developed a strong view that if every child gets to receive education and schooling like he did at Akal Academy – they all can equally do fine in their lives as him, especially because the school exclusively teaches the children how to stand-out, which actually, in turn, helps in creating our own space and mark in the alien societies rather than being dissolved into the crowd.

Besides his aggressive pursuit of being an accomplished scientist, Jaspreet revealed how he alongside other like-minded environmental-activists planted over 1, 30,000 tress over the span of last 2 years, at different strategically identified locations in New Zealand. He, alongside his social activist group has many a times been covered in local news magazine for their work & contribution for the society; he maintains a affirm belief that social services should continuously be pursued alongside one’s career path to strike a fair balance between all give ‘n’ take of all good things in life.

He feels fortunate that his educated parents, having an agrarian traditional family background, wisely realized the importance of education in the rural society and admitted him to Akal Academy instead – upon evaluating benefits of added value-based education and spiritual element that Akal Academy exclusively offers.
For Jaspreet, life, though moving at the speed of light, doesn’t keep him off his routine habits of carrying social activities – he dedicates most of his Sundays and holidays to help people with medication. He devoutly maintains his yearly routine of visiting his hometown where he pro-actively handles and resolve issues related to environmental pollution, esp. water contamination. Recognition of his social working has connected him with several Govt. officials. Currently, he & his associates are currently trying to work-out collaboration between Indian & New Zealand Governments to bring revolution in agriculture in India. 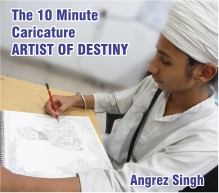 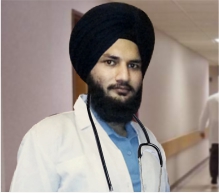 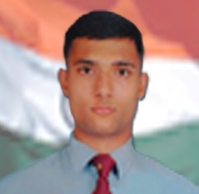 Jasjot Singh from #AkalAcademy, Dakra Sahib is the only student from #Haryana to be selected for Rashtriya Military School 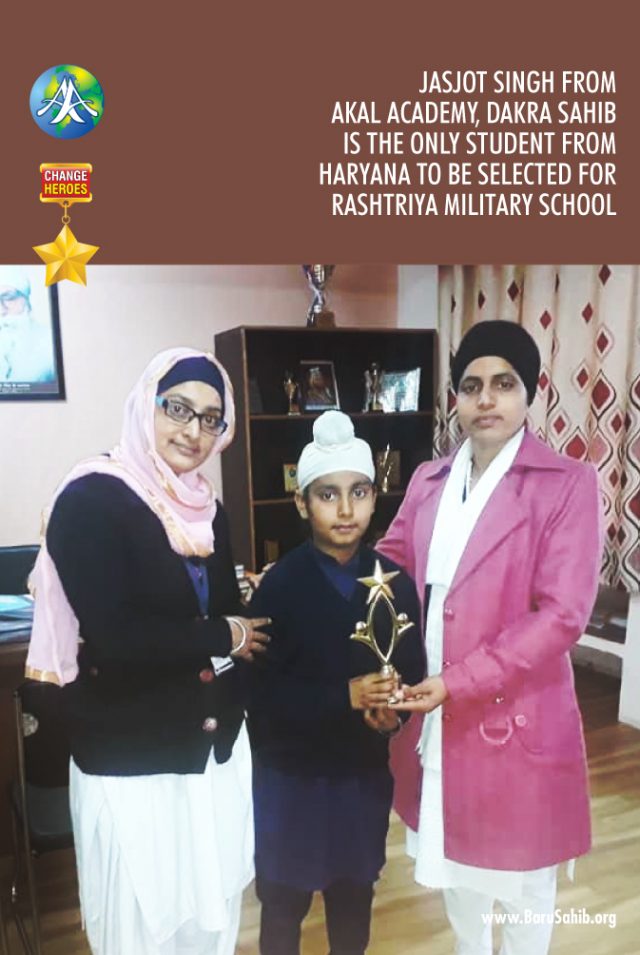